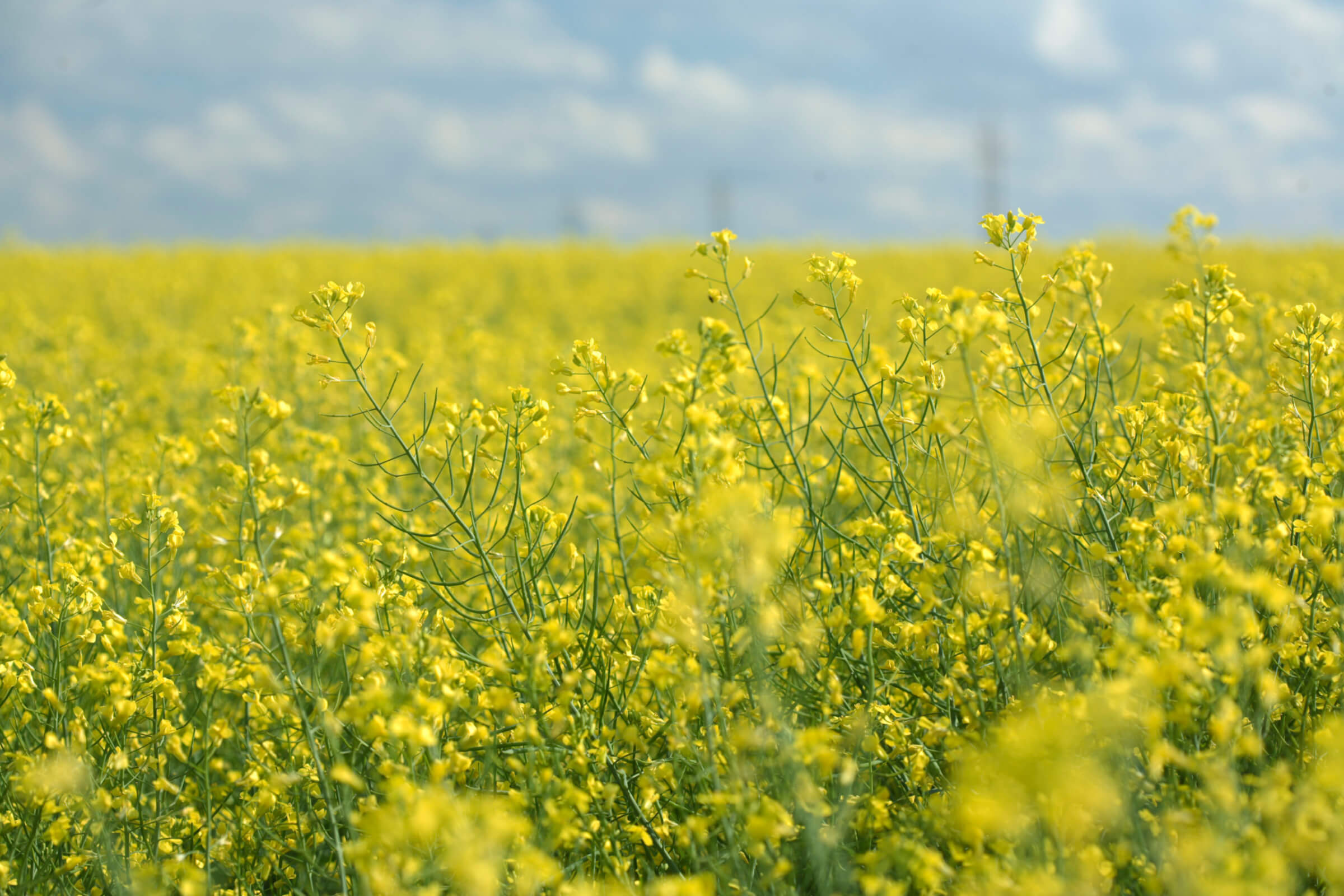 Stop! Crops like canola and sunflowers are beautiful when they are in bloom and they attract a lot of admirers. But it’s easy to damage the crop while walking through it, even just to take a few photos. Always get permission from the farmer before entering a field.

Canola is a “Made in Canada” crop that was developed through traditional plant breeding techniques, and is now the cooking oil of choice for billions of people around the world.

Its name comes from a contraction of the words Canada and ola, meaning oil. Canola oil is prized for its heart-healthy properties, and contains the least amount of saturated fat of all common culinary oils. It is one of the most versatile and affordable oils, with many applications at home, in restaurants, and in food processing.

It is also a multi-purpose crop. Once the oil is extracted from the canola seed, a high-protein meal is produced from the remaining portion, which makes a great addition to livestock feed. It’s also used as a replacement for petroleum, to make green plastics, and an environmentally-friendly fuel called biofuel. Canada exports more than 90 per cent of its canola as seed, oil, or meal, to approximately 50 markets around the world.

Canola is a member of the Brassicaceae family – the same botanical family as broccoli, turnips, rutabaga, cabbage, cauliflower, and mustard.