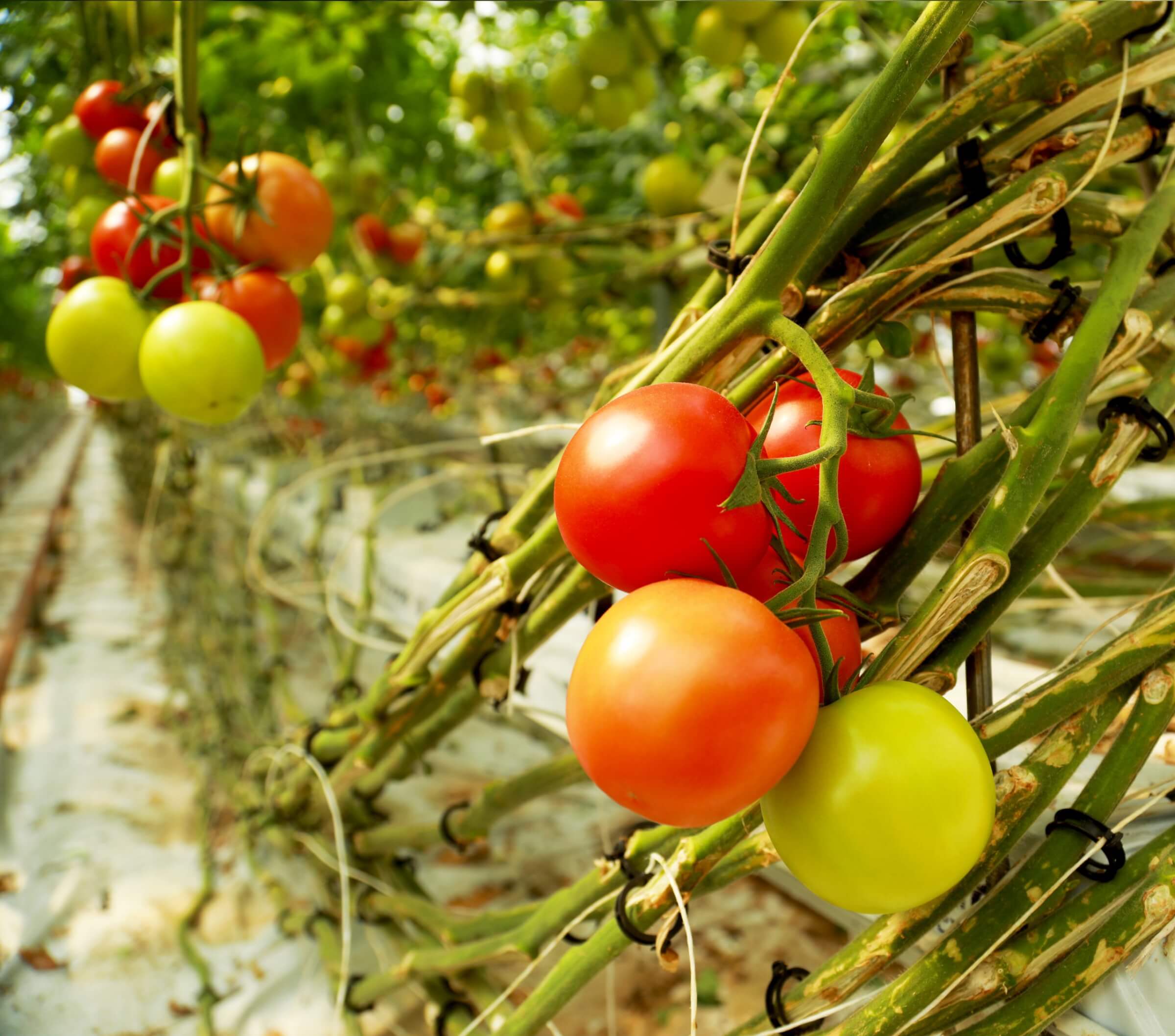 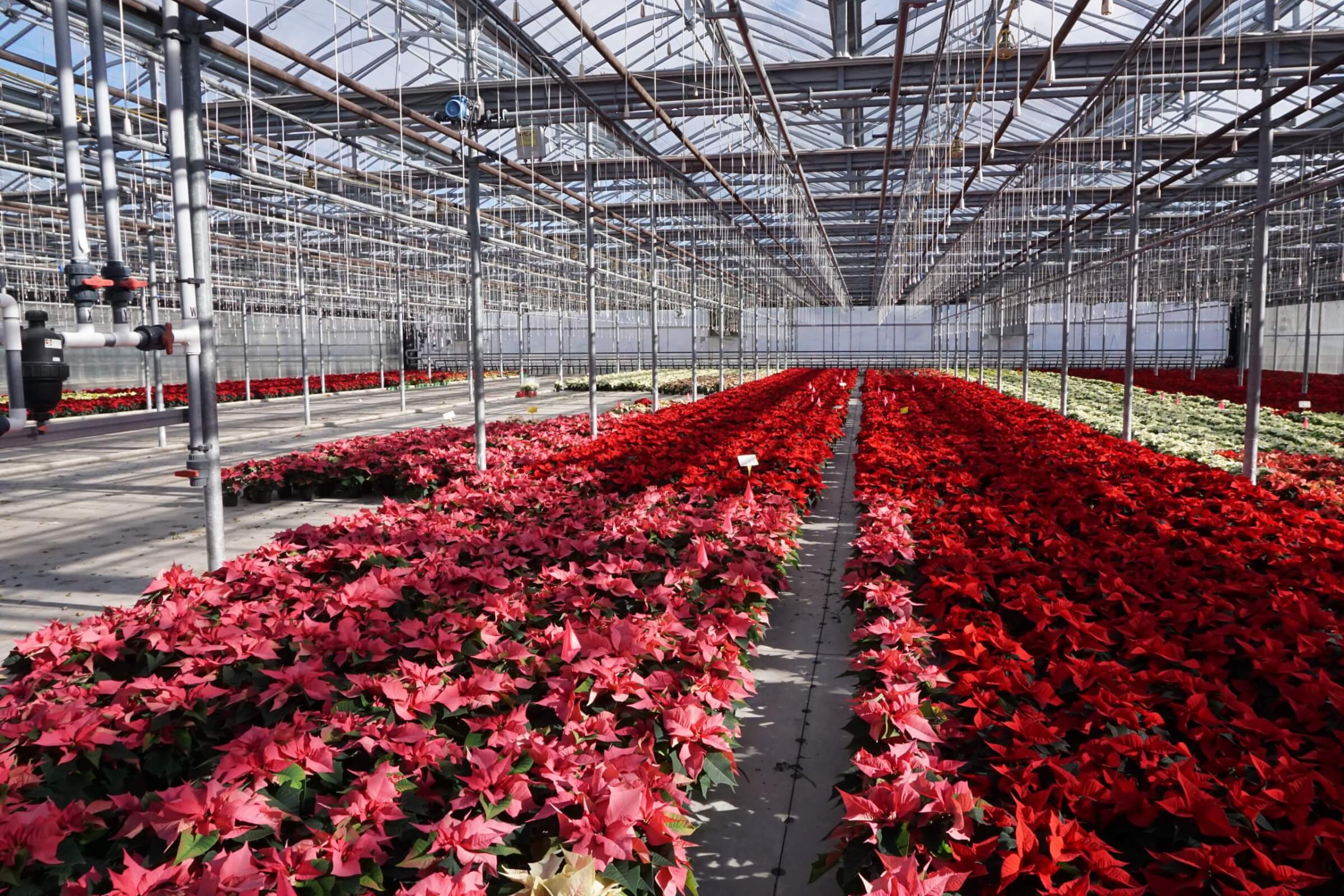 Poinsettias growing in a greenhouse

Quick fact: Greenhouses can grow 10 to 20 times the amount of vegetables on the same area as a field-based farm.

More and more of the fresh produce and flowers which Canadians enjoy are grown in greenhouses, under glass, rigid plastic or poly-film, practically year-round. Tomatoes, peppers, and cucumbers are Canada’s biggest greenhouse crops, but farmers are also growing lettuce, green beans, eggplants, microgreens, and herbs, and increasingly, fruits like juicy, sweet strawberries indoors.

Southern Ontario has the highest concentration of greenhouses in North America, and the province has the most vegetable greenhouses in Canada, covering almost 3,100 acres – that’s about 7,750 Canadian hockey rinks!

Flowers and potted plants are also greenhouse crops in Canada, with farmers producing over one billion greenhouse flowers and plants in 2018. Tulips, gerberas, chrysanthemums, snapdragons, and lilies are among the most popular cut flowers grown in Canada, whereas outdoor geraniums, herbs, and hanging baskets, as well as tropical and green plants, are the leading potted plants.

Greenhouse growers typically use a soilless growing system, called hydroponics, where plants are grown in media such as rockwool or coconut fiber. Inside a greenhouse, farmers provide heat, water, nutrients—and sometimes extra light to boost natural levels of sunshine—to nourish plants. They also use bugs, like bumblebees, to pollinate plants, and ladybugs to control harmful insects.

That consistent indoor climate means production 10 out of 12 months of the year; no worries about bad weather; and that farmers can plan their production reliably to make sure that they have enough products to meet consumer demand.