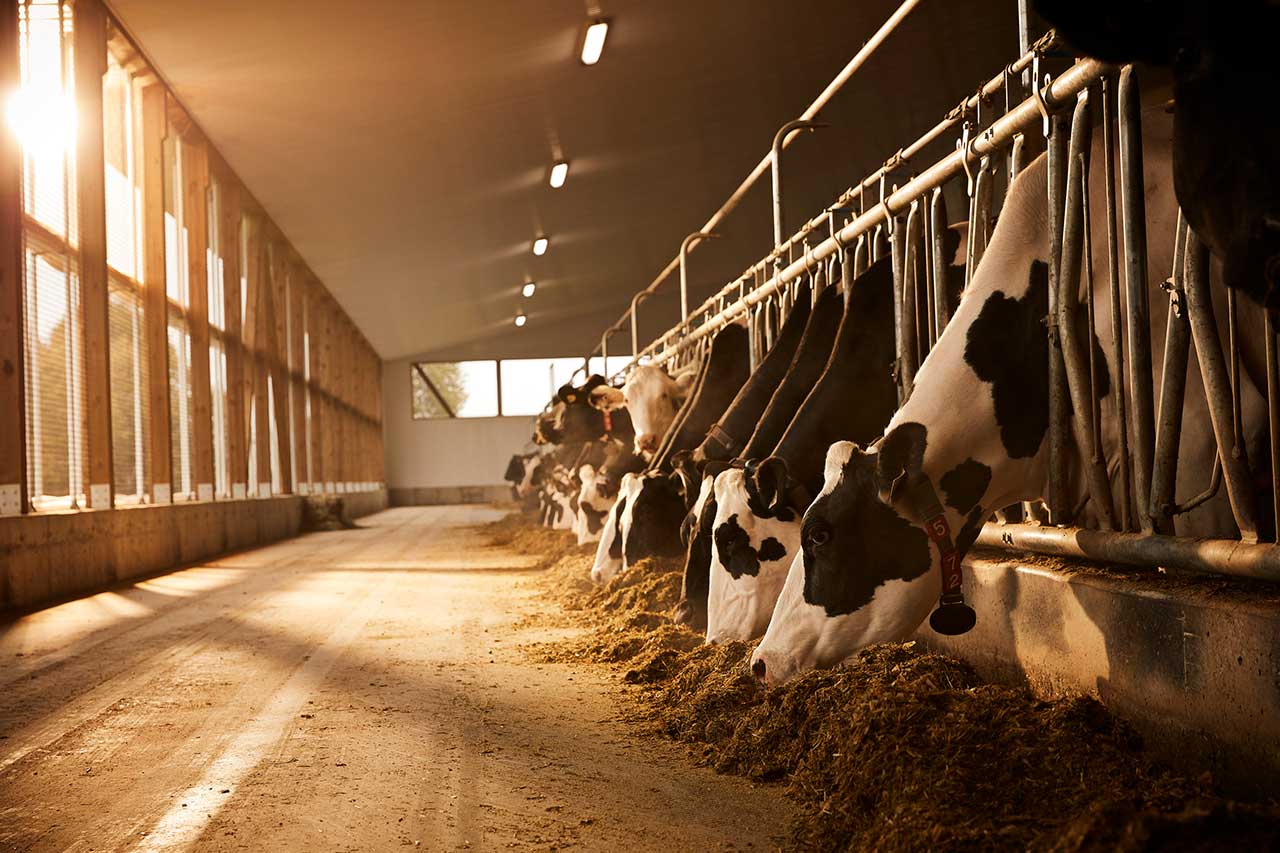 There are two other common barn styles used to house Canadian dairy cows:

Did you know? The average dairy cow produces 10,909 litres of milk every year! Some dairy farmers will let their cows out onto pastures in spring, summer and fall. When it rains or is too hot, though, cows generally prefer the comfort of a cool, well-ventilated barn.

Dairy cows—those raised to produce milk—are leaner than their beef cattle cousins, as they put their energy into making milk instead of gaining weight by building fat and muscle.

Holsteins are the most popular milking cows in Canada, and are easily recognizable by their black and white spotted hides. Other common dairy breeds in Canada are Jersey, Ayrshire, Brown Swiss, Guernsey, Milking Shorthorn, and Canadienne.

Did you know that more and more Canadian farmers are using robots to milk their cows? Cows move around freely inside the barn, and it’s up to them to choose when and how often they go to a robot, where they are milked by an automatic machine. The robot keeps track of how many times a day each cow has been milked, how much milk she has produced, and can track how much feed she has eaten. That means that the robot can let farmers know if a cow might be sick, if she isn’t giving as much milk, or isn’t coming to the robot to be milked as often.

In all barns, milk flows through pipes into a large milk tank, called a bulk tank, where it is cooled and stored until the milk truck comes—every two days on most Canadian farms—to pick it up and take it to a dairy processing plant.

Quick fact: Some cows naturally produce milk with the A2 version of beta-casein rather than A1. Some studies suggest that this A2 milk can have a beneficial impact on human gut health, making it popular with people who have gastrointestinal sensitivities to regular dairy milk on the market. A few dairies in Canada have started selling this type of milk to meet consumer demand.

On some farms, calves live in small white structures outside the barn called “hutches” in the first few weeks of life, while their immune systems aren’t yet fully developed. This separation is to protect them against bacteria and germs, and to make sure they get a strong, healthy start until they are big enough to move from the hutches into group housing with other calves. Once they’re old enough, the females will have calves of their own and become part of the farm’s milking herd. 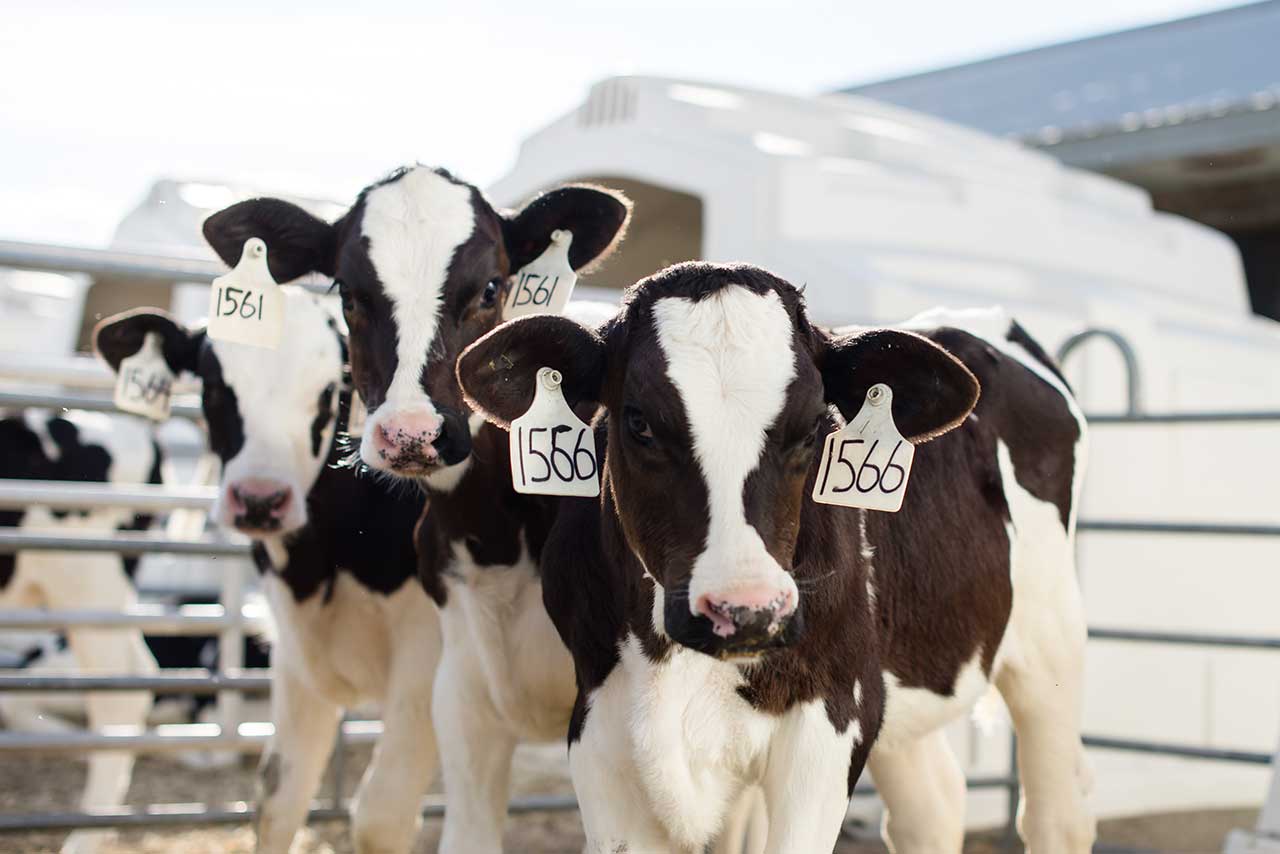