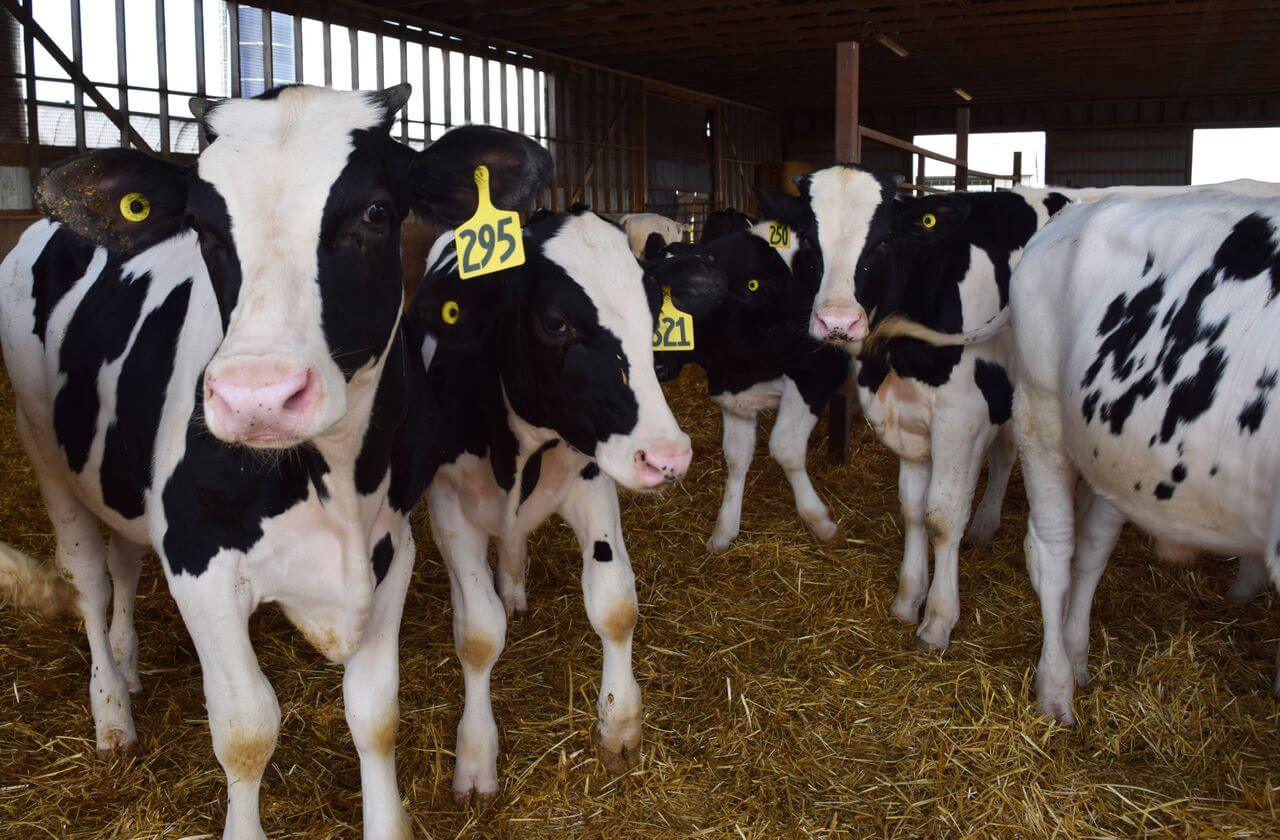 The male offspring of dairy cows are called bull calves. They don’t produce milk, so many are raised for meat called veal.

Ontario and Quebec are the largest Canadian producers of veal because they also have the greatest number of dairy farms. Holsteins are the most common breed of veal cattle. They grow quickly, are well-muscled, and very lean.

Grain-fed veal cattle are raised on a mainly milk-based diet until they’re six to eight weeks old, before transitioning to a balanced ration based on grain and pellets made of protein, vitamins, and minerals. They reach market weight around 348 kilograms (769 pounds).

Milk-fed veal cattle are raised mainly on a milk-based diet, with some grain and fibre included in the ration. They’re ready for market once they weigh approximately 250 kilograms (550 pounds).

Veal cattle are raised in group housing with other veal cattle of a similar age. They are housed in well-ventilated barns, and are bedded with straw or wood shavings so they stay clean, dry, and comfortable. Research is ongoing into many aspects of veal production, especially health and welfare of the animals.

In some parts of Canada, dairy steers (castrated bulls) are more commonly raised in feedlots for beef production.